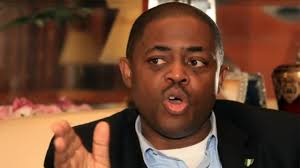 Former Aviation Minister Fani Femi Kayode has accused Yakubu Gowon, who was the former military head of state, to apologise to Nigerians as regards the Mass killings of Igbos during the Nigerian civil war in 1967. Saharaweeklyng.com reports.

The 59 year old refuses to celebrate Gowon who turned 85 over the weekend, standing his ground that there is need for an apology over the killing of three million people of the South East during the Biafra civil war.

According to Fani-Kayode, Nigeria’s progress hinges on apologising to people of the South East.

He wrote: “When the real history of the country is written the role of Gowon and the other Nigerian commanders during the civil war will be put in proper perspective.

“The slaughter of 3 million Biafran civilians in that war is the greatest act of black on black genocide in human history.

“I cannot celebrate the birth of a man who presided over such carnage and neither can I describe him as a hero.

“Nigeria cannot make much progress or truly prosper until she apologises to the Igbo and Biafrans for the great evil that we visited upon them during the civil war.”