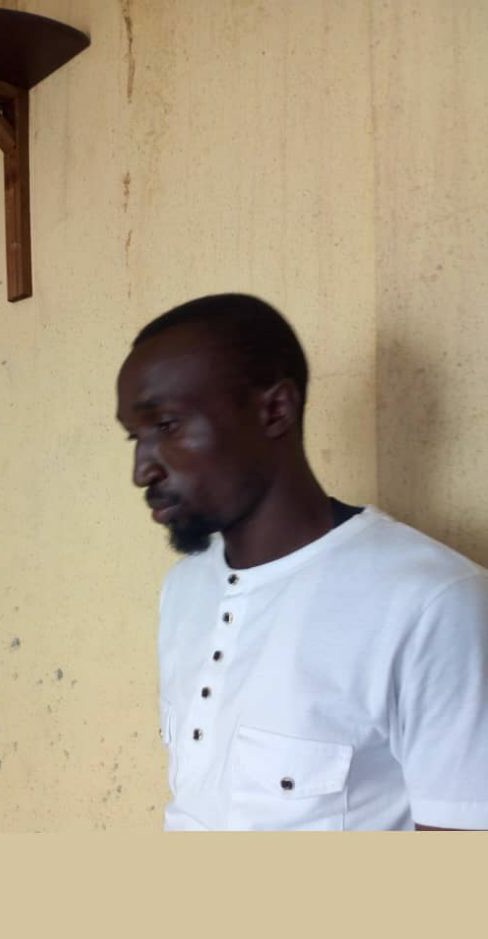 Lagos state police command,its operatives from Satellite Town division led by CSP Chike Oti nabbed a notorious armed robbery gang leader who have been terrorizing the area for a long time met his Waterloo over the weekend.

The suspect,was identified as Yusuf,aka (Prince),was arrested at Abule Oshun ,where he lead his gang group to attack and rob warehouse owners.

Our correspondent gathered that after several months of manhunt, nemesis caught up with the suspect over the weekend, where the suspected leader,who have been terrorizing Satellite town and its environs launched a fresh attack on some residents of the area who resisted being extorted, wounded scores and destroyed properties.

According unconfirmed report said two persons were feared killed during the crisis that erupted on Saturday morning and their bodies were taken away to an unknown place. Trouble was said to have started after members of the gang stormed a warehouse in Abule-Osun, with the intention of business as usual from the warehouse owner but the attempt was resisted leading to fierce crisis.

It was learnt that the Area Commander of Festac police Area Command, ACP Halilu Muawiya ,swiftly swung into action and ordered the Divisional Police Officer in- charge of Satellite police station, CSP Chike Oti, to personally lead a team to quell the raging crisis.

The suspect a middle aged man, was identified as the son of the Oba of Oguntade village in Satellite town.

His arrest was said to have triggered wild jubilation by residents who allegedly said that the suspect had been subjected to killings, extortion, harassment and intimidation for long time by the gang group.

The residents said he had spearheaded series of attacks on truck and tanker drivers plying Abule-Ado, Abule-Osun, Alakija, VinNiger, some parts of Festac, old Ojo road Satellite town, the expressway from Mile2 to Trade Fair complex.

They were also alleged that he have been coordinating robbery attacks on motorists plying the expressway especially at night during gridlocks in the area.

It was learnt that the police have had several deadly encounters with the vicious gang led by the arrested suspect and each time, they escaped to their hideout in Badagry after fights, which often lead to bloodletting only to strike again when the coast becomes eventually clear for them, leading to his being declared wanted by the police last year.

Sources in the neighbourhood also disclosed that series of petitions about the deadly exploits of the gang were sent to different police formations in the state without action taken to call them to order.

Now relieved residents of the area, alleged that the suspect and his gang members were responsible for the attacks and forceful confiscation of many properties belonging to people in the area , who failed to be extorted huge sums of money.

According to sources, they were the people that carted away goods and properties worth million of naira after breaking into the warehouse of a popular moviemaker, Gabosky Okoye, early this year.

“They also nearly killed another businessman who refused to pay the N10m levy they illegally imposed on his warehouse by subjecting him to series of torture and beatings leading to his being flown overseas where he has been reclined permanently on wheelchair as a result of the injuries he sustained”, he said.

SP Bala Elkana,the Lagos state public relations, confirmed the arrest of the notorious gang leader and stated that they are compiling all his exploits in preparation to charge him to court.

I deal on goat business,I made 12 to 15 thousands naira per one says suspect