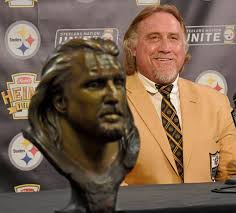 Panthers legend Kevin Greene Dies At 58- Hall of Fame linebacker Kevin Greene, considered one of the fiercest pass-rushers in NFL history, has died. He was 58. Greene died Monday, the family confirmed, as did the Pro Football Hall of Fame. No cause of death was given.

“The entire Pro Football Hall of Fame family mourns the passing of Kevin Greene,” Hall of Fame president and CEO David Baker said in a statement Monday. “I regarded him as a personal friend and a true Hall of Famer in every sense. He possessed the most incredible can-do attitude of anyone I ever met. He was a great player, but more than that, he was a great man.” Known for his long blond locks, his relentless pursuit of the quarterback and his omnipresent charisma — which helped him in his brief career as a professional wrestler — Greene made the most of his skills.

“I wasn’t the biggest [and] I wasn’t fastest,” Greene once said. “But as long as you have a motor, you have heart … that will overcome any physical limitations.”

A two-time All-Pro and five-time Pro Bowl selection, Greene finished his career with 160 sacks, which ranks third in league history behind only Bruce Smith (200) and Reggie White (198). He also had 23 forced fumbles and five interceptions.

“We lost an amazing player and person this morning with the passing of Kevin Greene,” Steelers  president Art Rooney II said. “His sudden death is a shock to us all as he was a close friend and teammate to so many people in the Steelers family.

“When Kevin came to the Steelers in 1993 he had an immediate impact. Paired with Greg Lloyd, Kevin and Greg led a defense that became known as Blitzburgh and went on to play in Super Bowl 30. Kevin’s energy and enthusiasm were inspiring for our team as well as our fans.

“My condolences go out to Kevin’s wife, Tara, their children and the entire Greene family in this most difficult time. They will always be members of the Steelers family and in our thoughts and prayers.”

Cowboys coach Mike McCarthy, whom Greene worked for in Green Bay, said Greene “was as driven a person as I’ve ever had the opportunity to work with. He worked for me up there for five years and was the same guy every day, brought tremendous energy to the office and he loves the game of football,” McCarthy said. “Obviously his passion as a player and as a coach, I mean he’s touched a lot of people. The guys that knew Kevin on staff here, we’ve been sharing some of our stories and our time together with him. Just very, very sad to get that news here earlier today.”

Greene was inducted into the Hall of Fame in 2016.

The Steelers’  Stephon Tuitt posted on social media that it was an honor to share the same number with Greene.

Anthony Joshua’s Victory Over Pulev, is he ready for Tyson Fury?