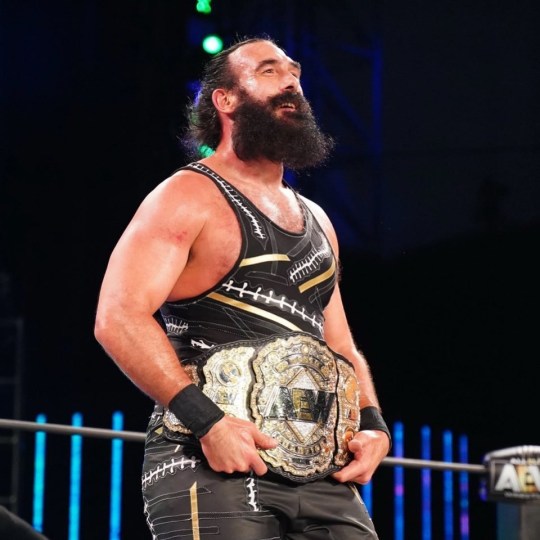 WWE Star, Luke Harper Dies At 41-Popular wrestler, Luke Harper whose real name is Jonathan Huber, has sadly died at the age of 41, it has been confirmed.  The former WWE star’s wife Amanda Huber announced the devastating news in an Instagram post paying tribute to her late husband.  Amanda, also known by her wrestling persona Synndy Synn, revealed that Brodie died after a battle with lung issues unrelated to coronavirus.  She began the post: ‘My best friend died today. Amanda went on to express her ‘love and admiration’ for All Elite Wrestling, where her husband began wrestling as Brodie Lee in March, for their kind treatment of the family.  She added: ‘The rest of the team at AEW have helped keep me standing and pick up all the broken pieces.’  In her tribute, Amanda continued: ‘I’ve been surrounded by so much love and incredible people I can’t tag them all but they know who they are and I don’t think they will ever know how thankful I am for them.’

A statement from All Elite Wrestling was released as the news broke, and said: ‘The All Elite Wrestling family is heartbroken.  ‘In an industry filled with good people, Jon Huber was exceptionally respected and beloved in every way — a fierce and captivating talent, a thoughtful mentor and simply a very kind soul that starkly contradicted his persona as Mr. Brodie Lee.’  Prior to joining AEW, Brodie wrestled with WWE under the name Luke Harper from 2012 to 2019. Tributes have flooded in for Brodie, with Nikki Bella writing: ‘Gone way too soon. His laugh lit up a room. He was so much fun to watch. And his kind soul will live on forever. You were your own kind Luke. RIP.

READ  Nigeria vs Cameroun : Lets do it again - Mika Amanokha
Related Topics:Featuredluke harpersports
Up Next

Packers tightens hold on MVP award with rampage over Titans