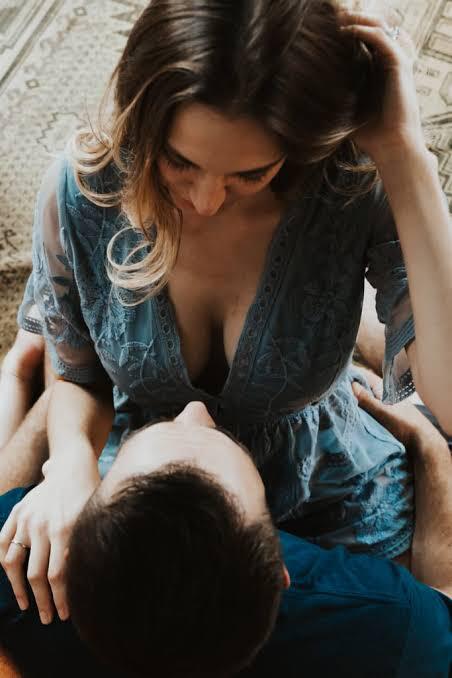 “okay, then. I’m Oliver, and you?”
“I’m Sophia”
They exchanged a warm handshake.
“come with me. I’ll show you to the GST lecture hall” Oliver said and Sophia walked along with him.
He took the longest route to the GST department because he wanted to spend some more time with Sophia.
It seemed he enjoyed her company.

She was about going into the hall when she heard her name from behind. She turned around and discover it was Treasure.
“Treasure!” she called happily and embraced her. “it’s a good thing I finally met you”.
“I’ve also been looking for you. Welcome to Cariters. Come on, we might be late for lectures” Treasure replied and walked into the GST hall with her.

“just today”, replied Sophia as they continued walking. “he was the one who showed me to the GST department.”
“hm. Well, you better be careful around him”.
“why? Is there something wrong with him? He seems a nice person”.
“well, yes. He might look like a nice person, but you know, there’s a saying that, birds of the same feathers flocks together. He’s a friend of a jerk”.
“a jerk? And who’s the jerk?”
“believe me, darling. You wouldn’t want to know him”.
They walked into the eatery together and settled down on a table.
They ordered for some light food and kept themselves busy with it while going through their lecture notes.
Shortly, Sophia saw him again – the unique charming guy. The guy that had almost held her breath in suspense when she first saw him.
He came into the eatery with some boys, Oliver included, and settled down on a table that was distant from theirs.
“Treasure,” Sophia called. “who’s that guy over there? The one sitting next to Oliver?”
Treasure starred at him and flinched.
“who? The jerk?” she asked with a disgusted look.
“wait, hold on. Don’t tell me he was the jerk you were referring to? What on earth makes him a jerk?”
“Oh, my Gosh! Girlfriend, don’t tell me you’ve also contacted the virus?”
“virus? What virus?”
Sophia was still starring and smiling at him.
“the virus that every lady in this school contacts about him.
“he’s a womanizer; a chronic one”.
“what?” Sophia shriek. “really? Does he have a girlfriend?”
“girlfriend?” Treasure asked and scoffed. “take a look around this eatery, Sophia. Just take a look around. Every single lady in this eatery is starring at him – every single lady. They’re all starring at him and trying to entice him. As long as you’re an admirer, you’re his girlfriend.
“I can fearlessly say he’s slept with more than half of the ladies in this school”.
“what? Are you serious?”
“of c, I am. That’s the kind of person Steven is. He’s indeed a charming guy, and that’s why he flirts with every single lady that comes his way. He uses them and dumps them.
“and you know, the worst part is, these ladies do you realize he has other lovers, but they still take delight in laying down their bodies for him. I just don’t understand how girls could be so foolish. They don’t mind if he cheats on them, just as long as they get a bit of his attention”.
Sophia was a bit debilitated by Treasure’s story. She felt bad that the guy she had admired was a womanizer.
Well, she really wouldn’t blame him. He was really very handsome.
“hm. So, tell me. Are you also an admirer?” Sophia asked.
“of course, I’m not. Please, you know I already have a date” Treasure replied sharply.
“you know”, she continued.” there’s this certain lady,Lily. Steven had broken up with her a couple of months ago after using her uncountably. She had almost ran mad when it happened. It’s a miracle she was able to return back here in school.
“right now, the lady who seems to be on board is Michelle. But, that doesn’t mean he doesn’t flirt around with the other ladies. When I say he has a girlfriend on board, I mean he has someone he uses for regular supply”.
“that’s too bad. I really thought he was a nice fellow” Sophia said.
She suddenly felt sad and weak.
*
She was done with her lectures for the day and walked along the road to get a cab. Her mom had texted her earlier that she would be unable to pick her up from school due to her tight schedule at the office.
Treasure was still having an evening lecture and she couldn’t wait for her.
She stopped by the roadside, hoping to catch a cab soon because she really needed some rest.
Still waiting, an SUV jeep pulled up in front of her and she wandered whom it might be.
The driver lowered his glasses and starred through the window of his car.
It was Steven.