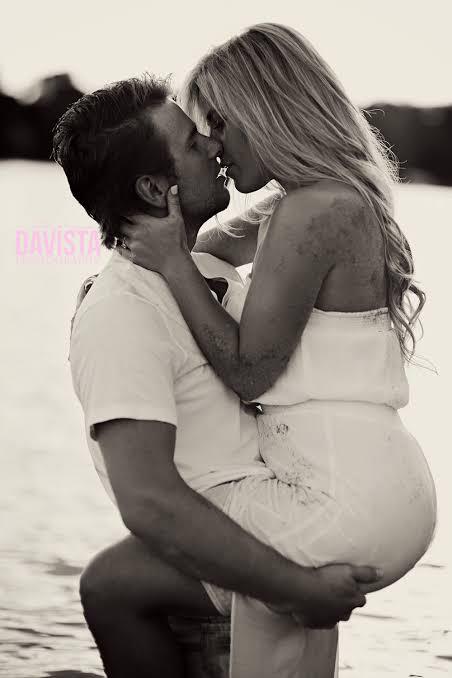 “I’m fine”, he replied with a perfunctory smile.
They both remained silent for a while as kept starring at him.
“Steven?” she called again, softly. “do you love me?”
Steven looked at her and scoffed.
“and why the sudden question?” he asked, perturbed.
“come on, Steven. Just give me a reply. I want to know”.
“Michelle, you’re my girlfriend, right? Isn’t that enough for you? Of course, I love you”
Michelle smiled and placed her hand on his thighs.
“I love you very much, Steven. And I wouldn’t want to share you with anyone else. Besides, I can give you whatever you need” she said ardently and started kissing him and after that, they fell on the bed.
*
Sophia couldn’t fall asleep as she kept thinking about Steven and what she did to him earlier. She felt it wasn’t right.
She recalled the look on his face when she had told him to stay away from her. She knew she had really surprised him.
She felt bad for doing what she did. She felt bad that she had ignored her crush, but there was nothing she could do.
Treasury said he was a womanizer and enjoyed playing on girls and perhaps, he was also trying to play on her.
She decided to forget about him as she forced herself to bed.
*
*
Steven parked his car in front of the school garage as usual and was about heading to the library when he sighted her – the strange lady.
Their eyes had ran into each other’s as they both stood still, starring at themselves.
Steven’s thoughts seemed to be muted as he couldn’t think of what next to do.
She starred at him for a while and finally walked away.
Steven felt odd. He felt strange. A twinge of disappointment ran into his veins.
“hey, dude. What’s up?” he heard a voice behind him and discovered it was his friend – his best friend – Oliver.
Steven brightened his face with a smile.
“I’m fine” he replied as they exchanged a nigger handshake.
They walked into the school building and found a place to sit.
“So, tell me, how’s the lacrosse team going?” Oliver asked, beginning to notice an uncanny attitude with his friend.
Steven brought out a drink from his bag, opened it and sipped from it before giving a reply.
“it’s going fine”, he replied.
“hey, man. What’s the problem?”
“nothing. I’m fine”.
“are you sure? You don’t look fine to me”.
Steven left his seat and walked some steps away, starring into space.
“yearsterday,” he started. “I ran into a lady and offered her a ride home”, he paused and looked at Oliver.
“but, she snubbed me!”
Oliver starred for a second and finally laughed.
“seriously?” he asked. “wow! Finally, my ever – loving friend has found a lady that doesn’t think he’s so charming”.
He laughed again.
“come on, dude. This isn’t funny. This is the first time a lady has ever said no to me. This isn’t right. I feel humiliated”.
He sipped from his drink and sighed.
“this isn’t right”, he bemoaned. “nobody says no to me. Nobody’s above my grasp. And that’s exactly what I’m going to prove to her”.