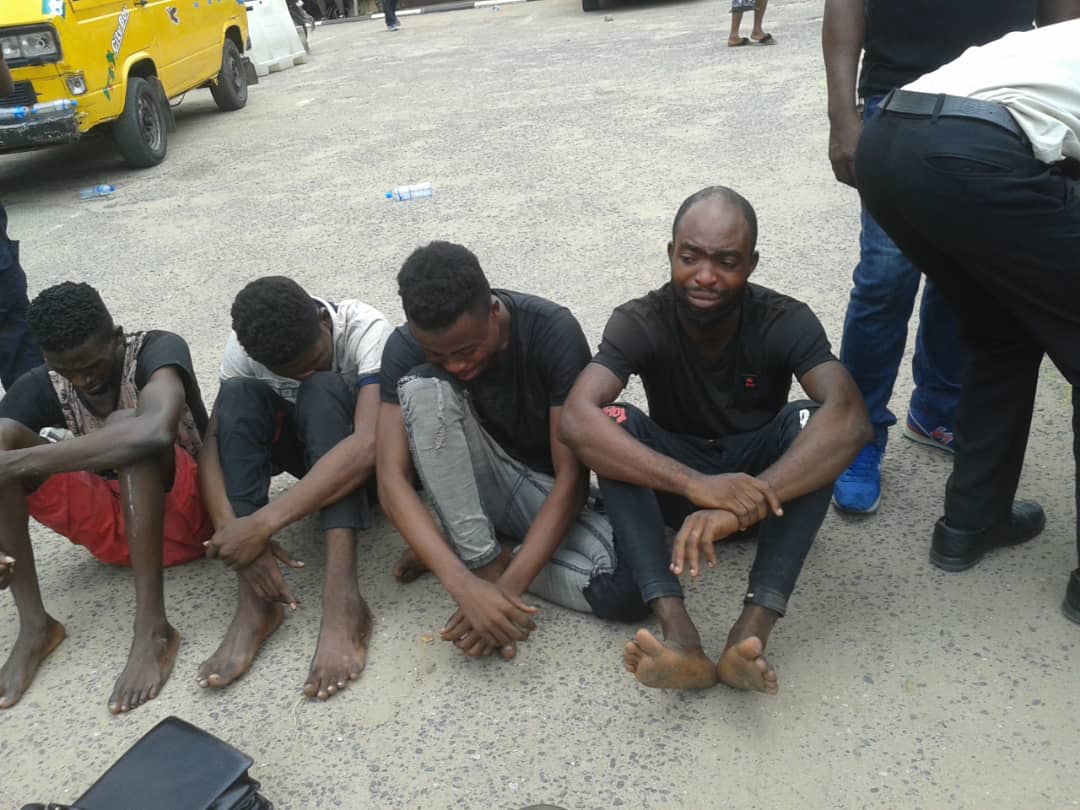 By Ifeoma Ikem
Following the murder of police admin officer recently at Ijanikin area of Lagos state, command parade 2 siblings with 2 other suspects
The siblings,  Akinwale Bamido 23yrs old and Olanrewaju Bamido 22yrs old, were crying uncontrollably over the alleged killing of the admin officer.
“We were in the house when police came to arrest us that we killed the adim officer”.
According to Olanrewaju, “I work as barman in a hotel. I did not have time for work throughtout the week only a day off. I just came back from work when police arrested and my elder brother and I”.  “I am struggling to go back to school, working as barman is not okay. My parents are poor but we are contented”

Sahara weekly learnt that the admin officer was killed in attacks by cult members during a birthday party the officer hosted for his girlfriend who is a member of the opposite  cult group .
While briefing the pressmen, CP Zubairu Muazu, the Lagos state commissioner, said that the suspects were arrested after a distress call was placed to Ijanikin Police Station that some armed robbers were sighted robbing unsuspecting victims of valuables.
“Patrol teams from Ijanikin Police Station and the Special Anti-robbery Squad (SARS), Mowo mobilised to the scene and four suspects were arrested.
“One locally made gun with seven live cartridges, weeds suspected to be Indian hemp and criminal charms were recovered from them.
“During interogation, the suspects confessed to belong to the syndicate that recently killed the admin officer, Ijanikin division, ASP Akinde Abiodun.
“Investigation revealed that the suspects are among the robbery gangs terrorising motorists along Badagry-mile 12 area of Lagos.
Suspects will be charged to court for conspiracy, armed robbery and murder.