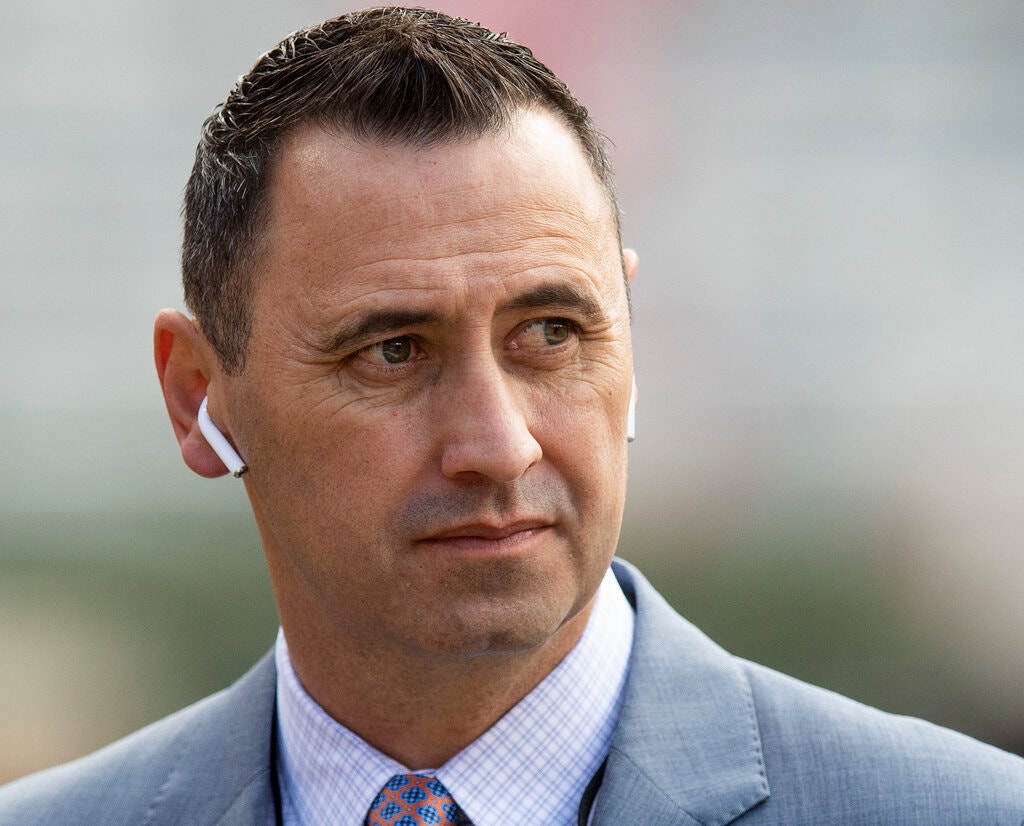 Steve Sarkisian’s First Challenge At Texas- With the announcement that  Alabama Crimson Tide offensive coordinator Steve Sarkisian is now the 31st head football coach for the Texas Longhorns, the focus turns to how Sarkisian will build his first staff on the Forty Acres. As Sarkisian has grown and matured in the years since several alcohol-related incidents led to his dismissal at USC, he’s put increasing emphasis on the value of his assistants.

Sarkisian compared being a first-time head coach to a fire hose and admitted that he initially tried to solve all of the problems by himself.

“At times you don’t instill enough trust and faith in the staff that you hire,” Sarkisian said in an introductory Zoom call with reports on Saturday. “But I think now having spent some time in the National Football League, having spent obviously the last two years with Coach Saban here at Alabama, you realize the value in the staff in why you hire such a good staff is to put people in place to do what you’re asking them to do. I think that takes some of the burden off of your shoulders as the head coach and allows you to manage people and not overreact to some of the other things that are going on and allow those people to do what they do. And I think that keeps you focused, I think it keeps you grounded.”

Putting together an initial coaching staff is an area that confounded Charlie Strong and Tom Herman.

Strong was forced to fire two of his assistants after his first season, including Bruce Chambers, the lone holdover from the Mack Brown era, then fired his offensive coordinator and defensive coordinator during the 2015 and 2016 seasons. Whether Strong simply didn’t receive the necessary support from the administration to make better hires or merely made the wrong choices decreases in importance because he repeatedly made offseason decisions during the season.

Herman believed that bringing most of his Houston staff with him would provide the program alignment he sought, but failures in development and a disappointing regular season forced Herman to fire both coordinators and replace five other assistant coaches last year.

The replacements hired by Herman had some success this season, particularly defensive coordinator Chris Ash and his staff, so Sarkisian’s first challenge will be deciding whether he wants to retain any of Herman’s assistants.

Prior to meeting with the media on Saturday, Sarkisian held an initial call with the assistants and will conduct individual interviews over the coming days, although those discussions may be put on hold until Sarkisian finishes coaching for Alabama in the national championship game.

According to Bruce Feldman,Sarkisian has not made decisions about the support staff.

Beyond the social media team, which has done an excellent job in recent years, two potentially easy decisions for Sarkisian would include retaining Director of High School Relations Bob Shipley and Director of Recruiting Bryan Carrington. Multiple current and former players have already advocated for Carrington and his retention would allow for some continuity in 2021 and 2022 recruiting. Shipley has longtime ties to Texas high school football coaches that would benefit Sarkisian, who has never coached in the state.

Ash’s return, along with a rising young assistant like cornerbacks coach Jay Valai or longtime defensive line coach Oscar Giles, could provide some key on-field continuity and help avoid transfers on that side of the ball after Ash’s defense improved significantly throughout the season and played well in the bowl game despite losing four starters to opt outs.

However, there is a big name on the market who is already connected to the job and has previous ties to Texas — former Florida and South Caroline head coach Will Muschamp, who was named the head coach in waiting for Mack Brown several lifetimes ago. While Muschamp has failed as a head coach in both of his previous stops, he’s still highly regarded as a defensive mind.

Footballscoop also mentioned one of Muschamp’s former players at Texas, Ole Miss special teams coordinator Blake Gideon, who has coached defensive backs in the past and looks like a rising young coach. He’s gone from Western Carolina to Georgia State to Houston and now to Ole Miss over the last four years. When Muschamp spent one season as the Auburn defensive coordinator in between his head coaching jobs at Florida and South Carolina, he hired Gideon as a graduate assistant.

Sarkisian could also choose to bring one or more assistants with him from Alabama.

The premier name is Kyle Flood, the former Rutgers head coach who worked with Sarkisian with the Falcons before joining him in Tuscaloosa. It was Flood who helped convince the Brockermeyer brothers to spurn their Texas ties and sign with Alabama. As an offensive line coach, Flood would represent a home-run hire, but he could also serve as Sarkisian’s offensive coordinator, a title he held at Rutgers before taking over the program.

Another intriguing Alabama assistant could bring recruiting ties to the state. Jeff Banks currently serves as the tight end coach and special teams coordinator for the Crimson Tide after spending five years with the Aggies. As a recruiter, Banks was instrumental in helping Alabama land former Texas quarterback commit Jalen Milroe and consensus five-star running back Camar Wheaton in the 2021 recruiting class.

Banks isn’t the only high-level recruiter initially connected to Sarkisian, though, with FootballScoop floating the name of Tosh Lupoi. In 2019, Lupoi made the jump to the NFL with the Cleveland Browns and moved on to the Atlanta Falcons this season adding the title of defensive run game coordinator. It’s not clear whether Lupoi would consider returning to the college game, but he does have experience working with Sarkisian at Alabama and at Washington.

However Sarkisian chooses to assemble his staff, his previous experiences and the experiences of his two predecessors make it clear how important those initial decisions will be in determining whether Sarkisian succeeds or fails in Austin.

Nate Sudfeld Takes over From Jalen Hurts as Eagles quarterback

Packers tightens hold on MVP award with rampage over Titans