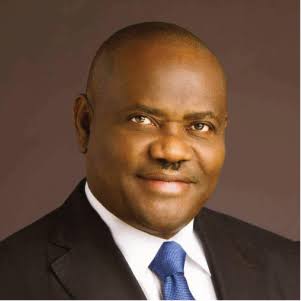 A group, Patriots of Ijaw Nation (PIN), has warned Rivers State Governor, Barrister Nyesom Wike, to stop a planned protest against the Minister of State for Petroleum Resources, Chief Timipre Sylva. PIN said in a statement on Sunday in Yenagoa that insider information at its disposal indicated that Governor Wike was using Rivers State resources to mobilise people from the state and beyond to stage a protest in front of the Abuja house of the Minister.
The action, alleged to be tagged, “Leave Justice Mary Odili Alone,” is scheduled to take place in the run up to the Supreme Court hearing of the appeal for a review of the Bayelsa State governorship election judgment of February 13, 2020. Justice Odili had presided over the apex court’s panel that quashed the victory of Chief David Lyon of All Progressives Congress (APC) on account of problems that the running mate had with his names.
Following the judgment, some persons protested in front of the residence of Justice Odili last week. Wike accused Sylva and APC National Chairman, Comrade Adams Oshiomhole, of being the brains behind the protests. Both of them, however, denied the allegations. Sylva, in particular, disclaimed and denounced the protests at the jurist’s house.
The statement signed on behalf of PIN by its Publicity Secretary, Mr. Kesiye Newman, reads:
“We wish to alert the public to the credible information available to our organisation indicating that River State Governor, Barrister Nyesom Wike, is moblising widely to stage a protest in front of the Abuja residence of the Minister of State for Petroleum Resources, Chief Timipre Sylva.
“Chief Sylva is a former governor of Bayelsa State and Leader of the All Progressives Congress (APC). His protégé, Chief David Lyon, won the November 16, 2019 Bayelsa State Governorship Election. The Supreme Court voided the APC victory on February 13, 2020, less than 24 hours to the inauguration.  The judgment has been widely condemned, and there have been protests in Yenagoa and Abuja.
“Last week, Governor Nyesom Wike accused Sylva and the APC National Chairman, Comrade Adams Oshiomhole, of being responsible for the Abuja protests in front of the residence of Justice Mary Odili. He did not support his accusation with any facts. Thankfully, both Sylva and Oshiomhole have denied the allegations.
“Not satisfied with the maligning of the APC National Chairman and the Minister, Governor Wike is sponsoring people from his state and beyond with public funds to protest against Sylva. His argument is that he has a duty to protect Rivers State indigenes, including Justice Odili, who is married to a former Governor of Rivers State, Dr. Peter Odili. We consider this a joke taken too far.
“We would like to advise Governor Wike to stop this irresponsible mischief forthwith. If he does not know, Chief Timipre Sylva has people in his system who can always rise up to protect their own. No one has a monopoly of mischief in politics.
“Governor Wike must understand that compared to Sylva, he is an amateur in politics and governance. His style is like that of a tout who only sees exchange of blows as the strategy for conflict management. He is a warmonger. He is permanently at war with political opponents, even in his own party.
“We find it difficult to understand why Governor Wike is buying a problem that ordinarily should not be his own matter. Or is it the case that former Bayelsa Governor, Henry Seriake Dickson, whom he mercilessly pilloried towards the end of his tenure, has used the disputed oil wells to ‘settle’ him?
“We are by this statement offering Governor Wike the generous and wise counsel to call his foot soldiers to order, to save a lot of extra work he may have to do later.
“A word is enough for the wise!”

SERAP, others sue Gbajabiamila, Reps over ‘plan to spend N5.04bn on 400 exotic cars’