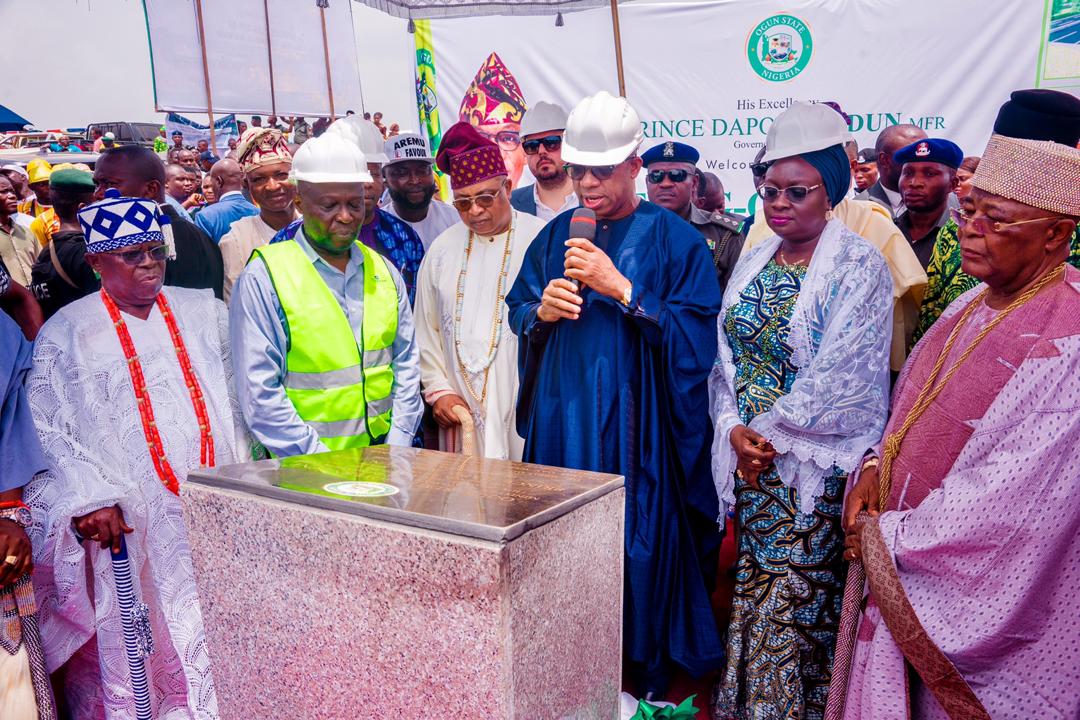 Ogun State Government has said that it would not embark on frivolous spending, but would strategically locate resourses to projects that have direct and positive benefits to the people.

The State Goverrnor, Prince Dapo Abiodun, who stated this at the turning of sod of Ijebu-Ode-Epe road, noted that spending on the road would, apart from taking traffic off the Lagos-Ibadan Expressway, would bring relief to people of the areas, engendered the socio-economic growth of the State and save Nigerians valuable time on traffic.

“One of our promises was to provide infrastructure in all parts of our State. In the course of our campaign, I made a promise that our administration will rehabilitate and reconstruct the Ogun end of the Ijebu-Ode-Epe road to bring succour to our people and engender the economic development of the our State.

“Today’s event is yet another instance of promise made and promise kept. As a government that places premium on integrity, we shall continue to keep our promises”, he pledged.

He said his administration was committed to prioritizing and providing interconnecting roads that would link the State with its neighbours.

He regretted the neglect of people at the border areas and promised that they would now enjoy the dividends of democracy as their counterparts from Lagos State.

The Governor noted that business climate in the state has improved in the last nine months tremendously, saying that this was made possible by the public and private partnership emplaced by him.

Prince Abiodun while charging the people of the areas to join hands with goverment and the contractor to ensure speedy completion of the project, added that it was imperative for the elders and youths to see themselves as partners and stakeholders in government efforts at building the State.

He called on the contractor to ensure that youths in the areas area adequately engaged in the project, enjoining the youths to take the opportunity offered by the project to engage themselves in profitable venture.

The Commissioner for Works and Infrastructure, Engr. Ade Akinsanya, said the road project was a demonstration of government sincerity in providing enduring infrastructure in all parts of the State.

He said the project was germane as it would be easy link to Lagos, thus improving the economic and social well-being of those in the axis, assuring that the road would be completed on record time.

In their goodwill messages, the Awujale of Ijebuland, Oba Sikiru Adetona, represented by Dagburewe of Idowa, Oba Yinusa Adekoya, thanked the State goverment for ensuring even distribution of amenities to all parts of the State, while the Alake of Egbaland, Oba Adedotun Aremu Gbadebo, appreciated the State goverment for the project, saying it would help in fast tracking the economic well-being of the State.

The Olu of Ilaro, Oba Kehinde Olugbenle appreciated the Goverrnor for taking development to all parts of the State, while the representative of members of the State House of Assembly, Hon.Atinuke Bello, thanked the goverment for siting rhe project in Odogbolu Local Government Area, saying it would create jobs and improve the business fortunes in the areas affected.

WHY I DID NOT SACK CIVIL SERVANTS EMPLOYED BY AMOSUN – GOV. ABIODUN