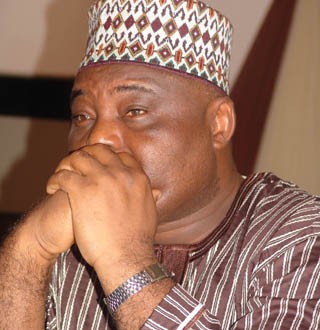 The Take it Back Movement, led by Omoyele Sowore, strongly condemns the recent suspension of DAAR Communications’ broadcasting licence by the Nigerian Broadcasting Commission (NBC).

The NBC issued a vague statement yesterday naming DAAR Communications’ partisan broadcasting as justification for the suspension and, by singling out this media house, has cemented itself in the public eye as an arm of oppression for the present government.

The public must be invited to look beyond the excuses offered by the Commission and ask why this particular media network has been penalised in this extreme way. News outlets that are not as critical of the current government enjoy the full cooperation of the NBC while DAAR Communications and similar media houses continue to find their businesses at the mercy of the Commission.

Today, the NBC has become a tool for partisan harassment. This undermines the notion of a free press. Singling out one media organisation with accusations of partisanship while ignoring the many outlets that are clearly organs and mouthpieces of the APC and the Buhari government is crass hypocrisy. The Take it Back Movement therefore believes that, in this age of new media, the Commission is moribund and should therefore be eliminated.

This recent act is part of an ongoing attack on the press and the constitutional right to free speech. In Buhari’s regime, we have witnessed the unlawful and unjust sanctions against media organisations and the arrests of several media personalities who have been bold enough to speak truth to power.

Time and again, Nigerian leadership have made it clear that they have no intention of acting in the best interest of the Nigerian masses or being called to account for any of their actions. As Nigeria continues to regress into absolute tyranny and totalitarianism, the Take it Back Movement is committed to the struggle to liberate and speak out against injustices wherever and whenever it can.