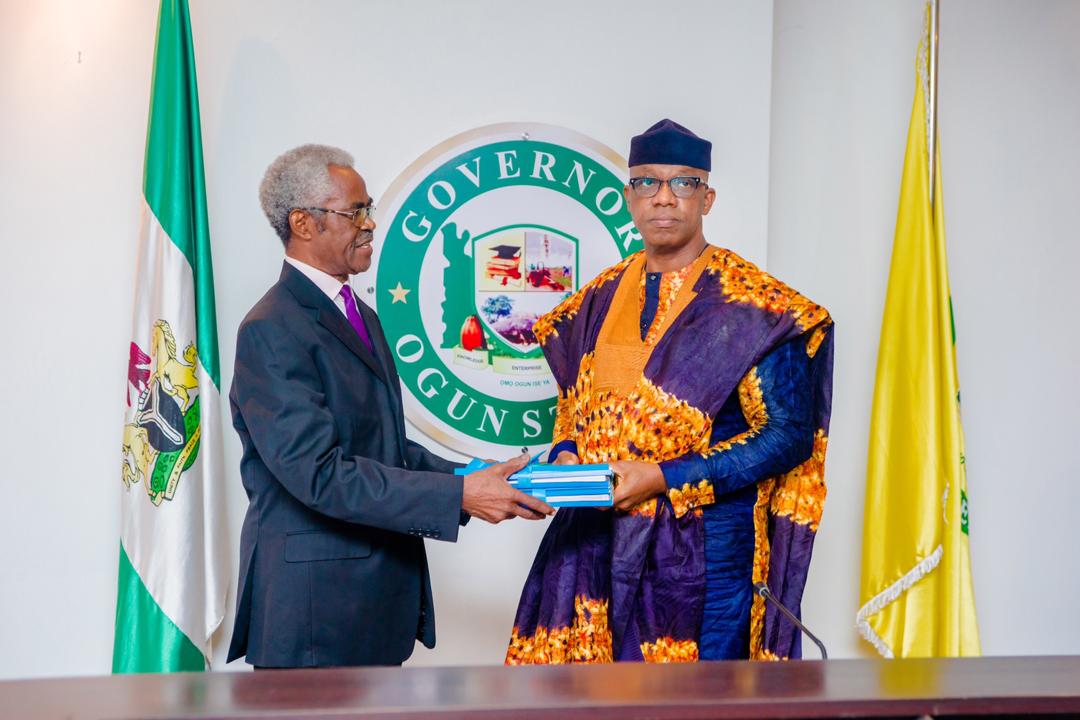 The Ogun State Governor, Prince Dapo Abiodun has disclosed that the State Government will continue to engage the services of retired Heads of Service and Permanent Secretaries in ensuring that things are done accordingly in the State’s civil service.

Prince Dapo Abiodun, who disclosed this in his Oke Mosan Office while receiving the report of the Review Committee on the Appointment and Employment into the Civil Service between February 1 and May 29, 2019, noted that the committee is a review committee, set up to review appointments and employments in the state civil service and not to correct any wrong, as government will only know if things were done wrongly after it looks at the report.

“We will continue to engage you and rely on your various experiences and collective wisdom that you have gathered over the years. Not only did you accept this task, but you have also diligently with all sense of purpose and seriousness carried out this assignment.

“Your committee is a review committee. It was not one set up to correct any wrong; it was just a committee to review appointments and employments between February and May, 2019. After we look into the report, we will know if there was any wrong doing or right doing,” he said.

Abiodun appreciated the committee for a job well done, noting that the committee finished their task on time, but were unable to submit the report earlier because of other government assignments.

“I thank you for submitting this report. I know you had wanted to submit it sometime back, but because of different assignments of government, I had not been available to get the report. I wish to place it on record that you carried out your assignment on time,” he said.

He also commended them for being diligent and focused, adding that the committee because of its determination to stay away from being influenced and intimidated by persons who might have ulterior motives, stayed away from the Governor’s Office.

Earlier, the Chairman of the committee, Chief Dipo Odulate thanked the Governor for the opportunity he gave them to serve, noting that they will be available to serve anytime they were called upon.

He further hailed the Governor for adopting a noiseless attitude to governance, adding that the Governor has been articulate and thorough.