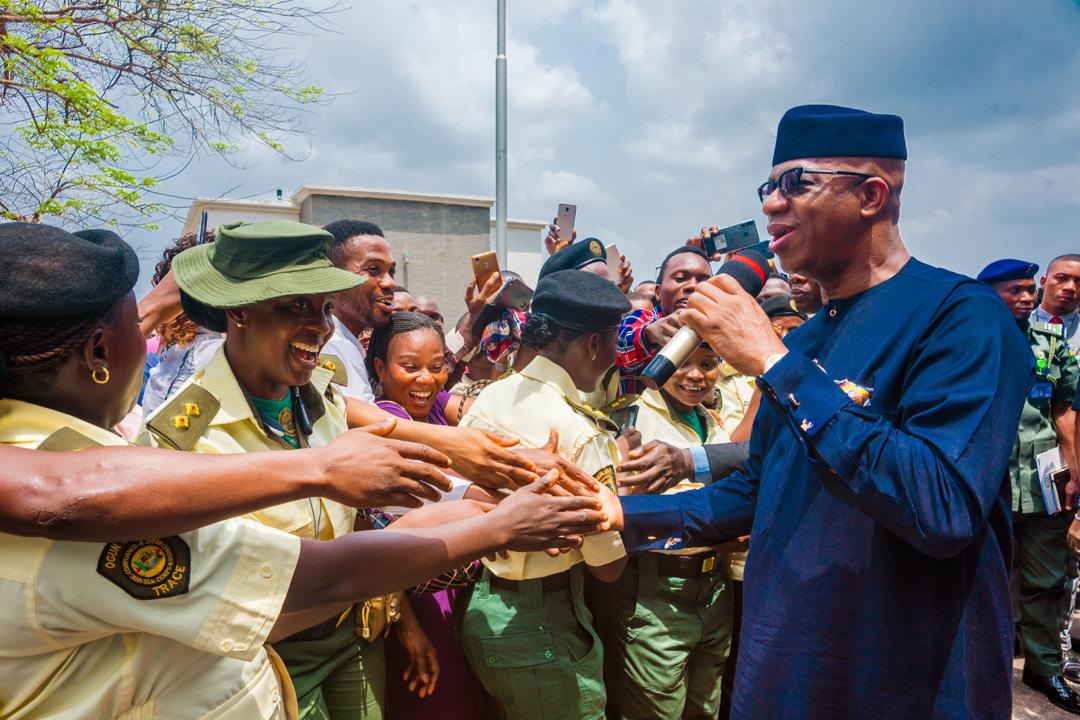 Ogun State Governor, Prince Dapo Abiodun says the need to do what was right and in keeping with the convenant he made with his creator to serve the people diligently, made his administration not to disengage those employed at the twilight of the last administration.

Prince Dapo Abiodun who stated this at Oke-Mosan, Abeokuta, when he met with about 2,000 recently absorbed civil servants, said his ascension to power was through the benevolence of the Almighty and the goodwill of the people, hence, he would not embark on witch hunt.

“We are not an administration that is here to witchhunt anybody, but to do that which we believe is right before God and man. My agreement is with God, myself and all the people of Ogun State who voted me into office. Anything I do, I do it with a clean conscience,” he said.

The Governor explained that his administration had set up a Committee to look into all appointments made at the twilight of the past administration with the view to having first hand information on why it hurriedly appointed new workers at the last minute, despite the fact that the process of employment started a year before the hand over of government.

Abiodun noted that after viewing the last minute appointments with lots of suspicions, he opted to absorb the workers and pay their full salaries.

“We viewed the employment with lots of suspicion, because we wondered why an administration would employ people at the twilight of their exit. Was it a deliberate attempt to inflict the wage bill and make the state unmanageable for us? On assumption, we took a closer look by setting up a committee to look at all these promotions and appointments, having reviewed the report of that committee, we decided that the right, just and equitable thing to do was to absorb all of you formally and that we did. Not only did we do that , we did that and also decided that you deserve to be paid from the time you received your letter of employment till date,” he said.

Prince Abiodun who also reaffirmed that his administration would continue to be just, equitable, fair to all manners of people, admonishing them to contribute their quota towards making the State great.

“I just want to charge all of you that now that we have given you this opportunity, please, make sure that you justify it, do not do anything that will give us cause to regret the day we decided to absorb you. We expect that you will be role models in all the areas where you will be serving,” he said.

In her response, the Head of Service, Tpl Amope Ajibola Chokor, while charging the new workers to hit the ground running and make the government and the people feel their impact, to justify their absorption, thanked the Governor for his gesture, saying that the decision was a welcome development.

In their separate remarks, Folarin Oladapo, Badejo Ayodele and Olatunji Olabisi thanked the governor for not throwing them back into the labour market as they were uncomfortable before they were absorbed, saying the action has singled him out as humane and workers’ friendly Governor.