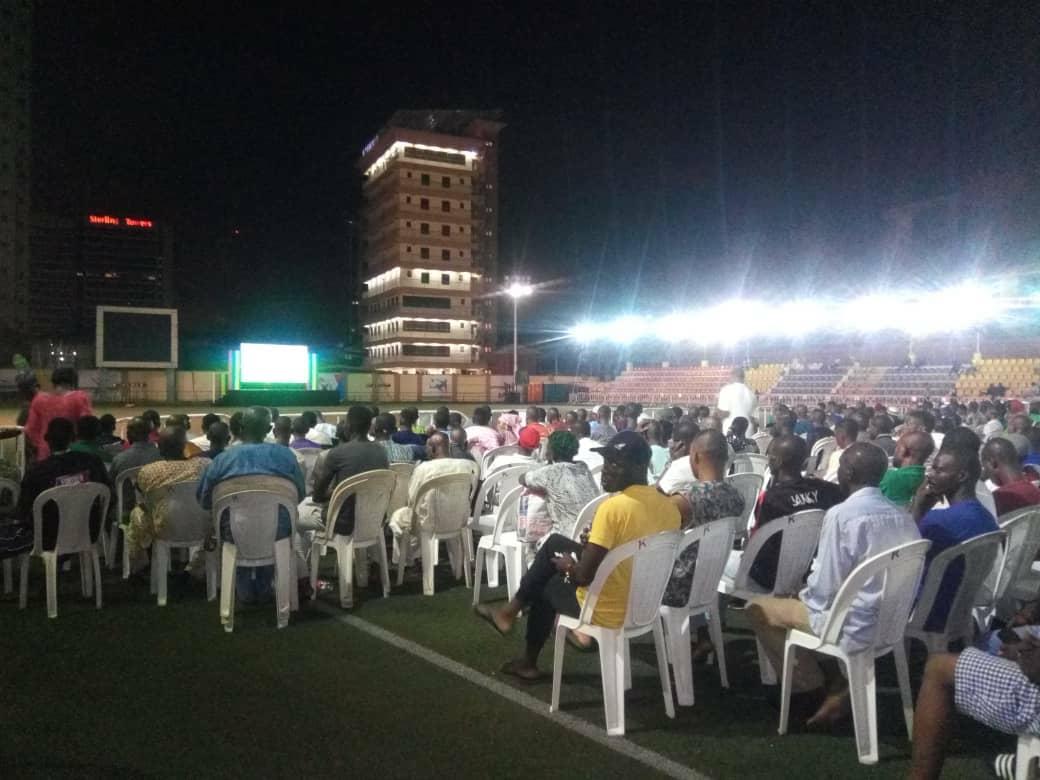 Residents of Lagos State on Saturday commended the State Government’s decision to set up six viewing centres across the State to enable them watch the ongoing World Cup matches in Russia.

The State Governor, Mr Akinwunmi Ambode, had last month promised to set up viewing centres in key locations that would afford residents watch all the 64 World Cup matches live in a serene and secured environment.

Some residents who spoke on the development alluded to the fact that the present administration of Governor Akinwunmi Ambode was living up to its billing as an inclusive government that touches all sectors.

At the Campos Mini Stadium, residents who shortly after the thrilling Group B match between Portugal and Spain described the initiative as laudable and novel adding that due to unstable electricity in some parts of Lagos Island , the Centre gave them the opportunity to watch the games.

For some other spectators at the Centre, it afforded them the opportunity of watching the World Cup matches in a relaxed mood with stable electricity.

Also, Kelvin Obase disclosed that the viewing center at the Campos Stadium has guaranteed him that some of the matches he would like to watch during the World Cup is certain.

“I don’t need to worried about electricity for the period of the World Cup,” Obase said.

Speaking on some of the benefits of the viewing centres, Chairman of the Lagos State Sports Commission, Mr. Kweku Tandoh said because football is a unifying activity that brings the people together, football lovers therefore sees the government as one that touches other sectors such as sports.

He said the creation of viewing center by the State was also complementing the various grassroots sports development championships and competitions that the administration of Governor Ambode has solely sponsored, which according to him is an added advantage to the numerous achievements of the Governor in other sectors of the Lagos economy.

Besides, Tandoh said the Government has made adequate provisions for medical coverage, adequate security, traffic control and general sanitation at all the viewing centres.

He also disclosed that a Public Liability Insurance Cover is also in place covering the six centres for the period of the World Cup.

“Governor Akinwunmi Ambode, who is a member of the Federal Government’s delegation to the Russia 2018 World Cup finals, wants Lagosians to have a feel of football action in the ongoing tournament and he believes the viewing centres will also serve as fun and relaxation spots for the people,” he said.