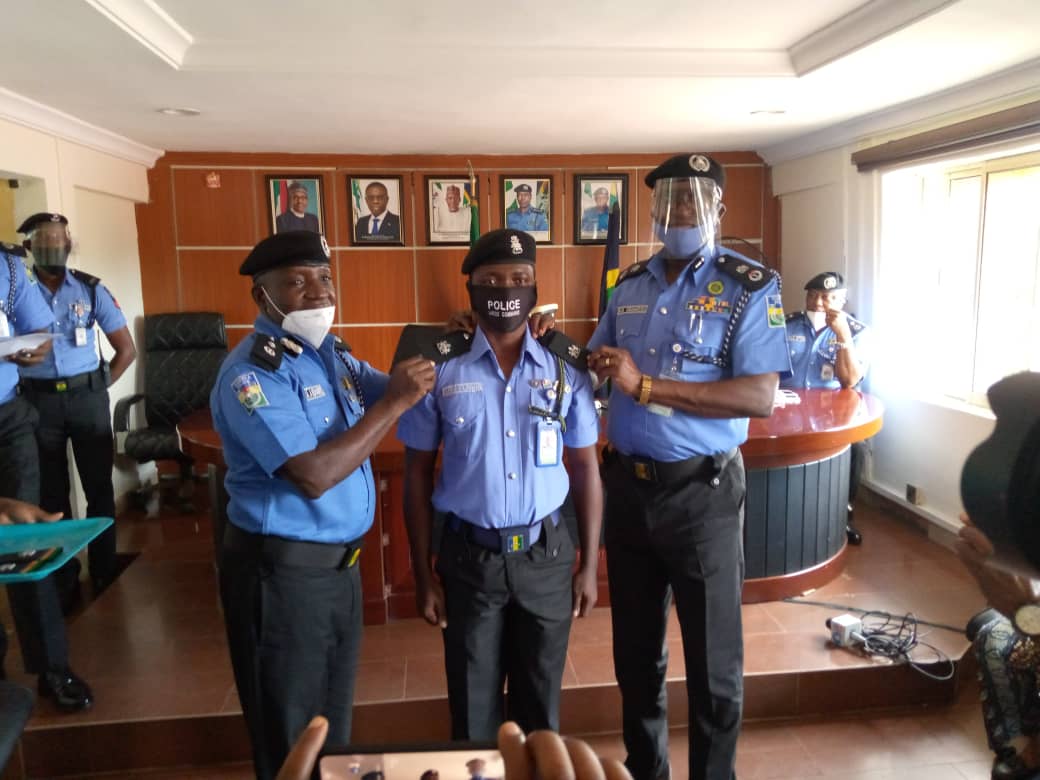 The Nigerian Guild of investigative journalists (NGIJ) has congratulated the Lagos state Police public relations officer, SP Bala Elkana as he was decorated with the new rank of the Superintendent of Police (SP) by the Lagos Commissioner of Police, Hakeem Odumosu today, Wednesday, 29th of July, 2020.

NGIJ described SP Bala Elkana as a relentless police officer who has done excellently well in maintaining a cordial relationship between the Police force and media practitioners in Lagos.

The association explained that police relations with the media have seen a great turnaround since SP Bala came into the picture with his skilful application of excellent public relations.

According to the president, Ayoyemi Mojoyinola, SP Bala Elkana is an officer of great repute, the reason Lagos police force has enjoyed massive support from media organizations.

‘’SP Bala Elkana is an officer whose antecedents are highly spoken of. As Lagos PPRO, The media have greatly enjoyed His timely and well-composed responses whenever they are needed.

I congratulate him on his decoration as a Police Superintendent by the commissioner of police. Indeed, it is well deserved.

Its flagship projects include the State Governance Assessment Report (GAR) which it conducted in Kogi and Bayelsa states respectively which were unveiled to the general public.

How I made my first million on Instagram — Debbiebarbie