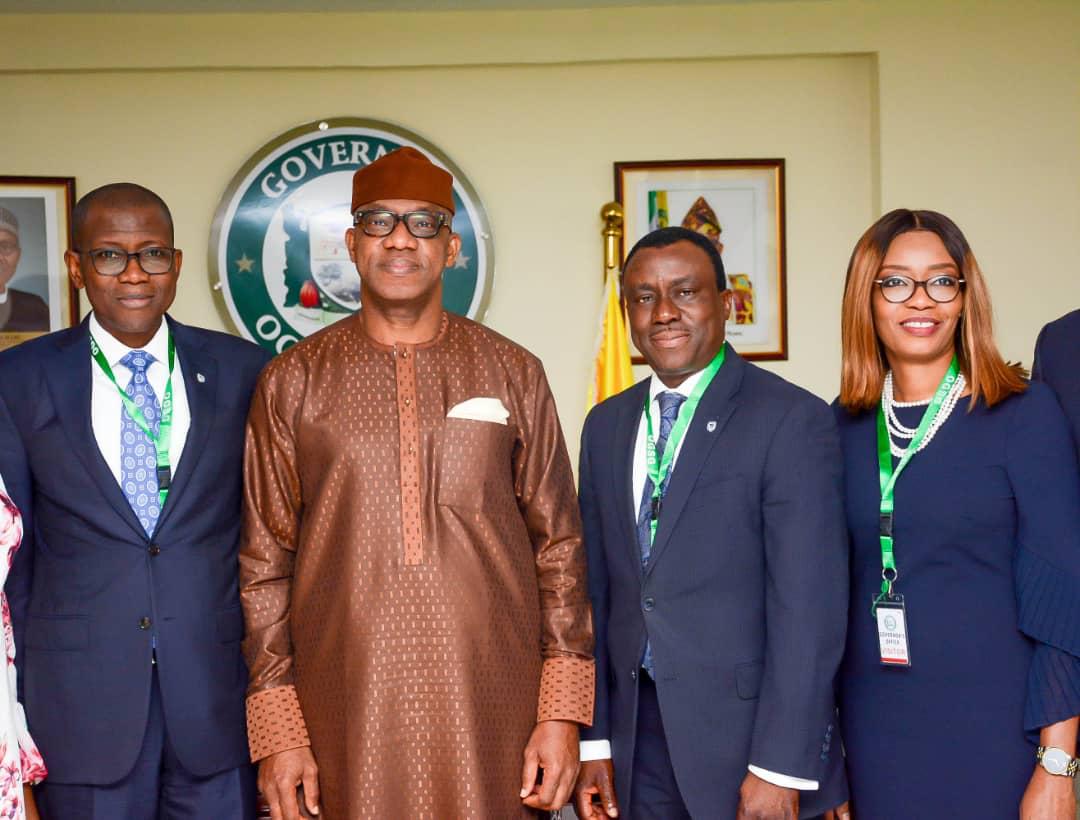 Ogun State Goverrnor, Prince Dapo Abiodun, has said that his administration was considering putting in place Health Insurance Scheme that would enable the people access affordable and quality healthcare services in the State.

Goverrnor Abiodun stated this when he received in office at Oke-Mosan, Abeokuta, management of Stanbic IBTC Holdings, who paid him a courtesy call.

Abiodun pointed out that the scheme would enable the less privileged in the society to have access to quality healthcare without paying much for it.

“We want to instill the culture of health insurance so that it will help in paying for healthcare. A couple of states are doing something that is interesting that we are trying to study. But we want to ensure that we start with civil servants, cooperatives, market associations, among others.

“They will pay stipends while we give them cards that show that they can go to Primary Health Centres and do not have to pay anything and even when they are referred to the tertiary health facilities, they do not have to pay anything. That should help us fund social services better. We are investing in Primary Health Centres and tertiary health facilities as well”, he said.

Gov Abiodun said goverment was currently embarking on the rehabilitation of some township and border town roads through direct labour. He added that fund was the major impediment in carrying out repair of all roads in the State.

The Goverrnor who intimated his guests of his administration’s programmes, noted that 236 primary schools across the State were being rehabilitated since the basic school is the foundation with which other levels are built upon.

“It is important we maintain that number one position, not just because we are always number one, but because we are bringing in more people from Lagos who are going to live and work here. We most cater for them”, he said.

Prince Abiodun said goverment has put in place machineries to provide adequate security, while it was also leveraging on the Central Bank of Nigeria intervention programmes like the Anchor’s Borrowers Programme to positively engage the youth and unemployed, as well as explore Information and Communication Technology (ICT) in repositioning the education sector and in governance.

The state helmsman stressed that the involvement of the private sector would enhance rapid economic development.

Gov Abiodun maintained that his administration would achieve his mission of “building our future together”, through fairness, equality, accountability and inclusiveness. He called on the Bank and other corporate bodies to partner government in achieving its objectives.

“We are ready to partner with government in the health sector as part of our corporate social responsibilities. We focus on three areas of health, education and empowerment.

“We are looking at the posibility of adopting some Primary Health Centres, especially those that are located near where we do business. We see to that as a way of partnering with those that accommodate us to do business. We are willing to do that and we are excited about it.