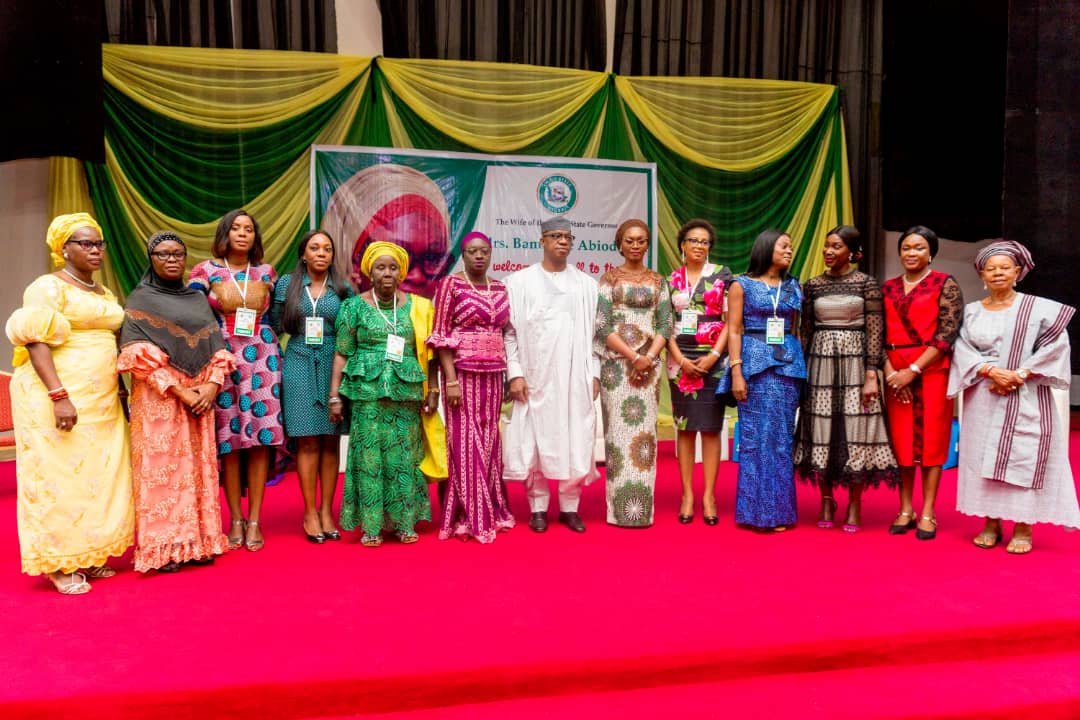 As the World celebrates the 2019 International Widows Day, the Ogun State Governor, Prince Dapo Abiodun has disclosed plans by his administration to introduce a financial plan for women traders, ( Oko Owo Dapo), where they would have opportunities to grants to trade without going through the stress of raising funds.

Prince Dapo Abiodun who made this known at the June 12 Cultural Center, Kuto, Abeokuta, venue of 2019 International Widows Day, a program organized by the Wife of the Ogun State Governor, with the theme, ” Renewed Hope For Widows”, said the hosting of the event was a symbolic demonstration of his administrations commitment towards the welfare of the people, adding that his administration would soon begin the enumeration of people who are qualified to benefit from the program.

He added that the people should be patient with his government, saying that they would soon begin to feel the benefit of the program.

“We have a list of programs that we have put in place and you will begin to see us execute them,and these are geared towards alleviating the pain and suffering of our women, in particular the widow.

“The first of such program is Oko Owo Dapo, please be patient with us, we will begin the enumeration of those who are qualified to benefit from the program and you will soon begin to feel the benefits.
Prince Abiodun further disclosed that his government was committed towards eradicating the rate of unemployment among youths in the state, adding that the process would enable his government  to create a Job Creation and Youth Employment Agency.

He added that the agency which would be the first of its kind in the state would be charged with the responsibility of creating a portal that would have the data base of all youths across the state, saying that the process would capture the skill sets and also find for them matching employments.

Abiodun also disclosed that the local content policy would be enforced to ensure that companies that comes into the state are adhered to employ citizens of the state, adding that artisans would also not be left out.

“We are creating and establishing a job creation and youth employment agency, this would be the first of its kind in the state, this agency would be charged with the responsibility of creating a portal,these portal would be a data base of all our youths across the state.

“We have also decided to enforce the local content policy, the policy will ensure that every industry in the state employs first and foremost, citizens of the state, our mothers please be patient, your children who are artisans will also not be left out,” he said.

In her remark, the wife of the Ogun State Governor, Mrs Bamidele Abiodun disclosed that the utmost goal of the day was to develop resources and policy to empower widows and allow them have access to education, work, health care and life free of violence and abuse.
She said that she was committed towards empowering widows by providing them with tools and skills that would aid them to create a life for themselves and their children,  adding that she would constantly meet with representatives of widows across the state.

Mrs Adesola Quadri, a member of the panel at the event  charged women to make friends with their in-laws and not see them as enemies, as their friendship with them would earn them support in case of the unthinkable.

She however urged them not to adopt the husband and woman theory, where in-laws are fenced out of their day to day activity, saying that such an approach would cause havoc for them in case of the death of their husband.

Meanwhile, the Ogun State Governor, Prince Dapo Abiodun at the MTR Hall, Ibara Hosing Estate, Abeokuta,has appreciated the roles played by party faithfuls during the last general elections, saying that despite the threat to life and their families, they all stayed focused.

He also thanked members from other parties that played a major role in his emergence, saying that his administration was poised at transforming the state through its vision to render good governance.

WE ARE COMMITTED TO FULFILLING OUR PROMISE- DAPO ABIODUN

OGUN GOVERNOR SWEARS IN SSG, CoS, CHARGES THEM ON GOOD GOVERNANCE