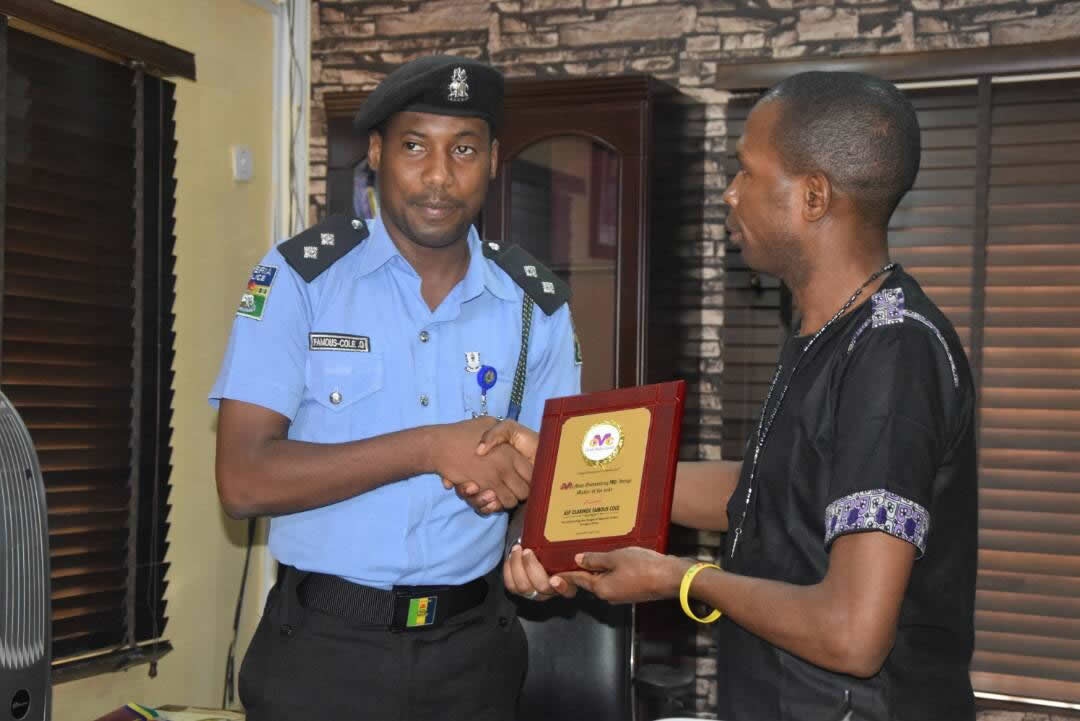 The Lagos State Police Public Relations Officer, PPRO, ASP Olarinde Famous-Cole has been awarded the Most Outstanding Public Relation Officer and Image Maker Of The Year at the just concluded CMC Gladiators awards of Excellence. Cornel Media Consult, CMC, in a courtesy Visit to the office of the PPRO in Lagos said that the award of Excellence was bestowed upon the PPRO as a result of his relentless effort in managing and portraying the good image of the police force, particularly the Lagos Command in the public. “ASP Olarinde Famous-Cole as best the Image maker has displayed nothing but dexterity in discharging his duties as the Lagos State Police Command Public Relations officer. He is no doubt a role model to a lot of young people out there willing to join the police force and we know he will continue to add more value to the Nigeria Police Force”. AMB. Cornell Udofia said on behalf of CMC. Famous-Cole in his appreciative statement, said the Lagos State Police Command will continue to do more in curbing crime in the state as he appealed for more public support the Police Force across all levels. He added that, Lagos Police Command under the leadership of CP Imohinmi Edgal will continue to strive to make Lagos state the safest place of residence and doing business in the world. “I am glad to be honored as Image Maker and the best PRO in this year’s Gladiators award, I hereby dedicate this award to the Lagos state Police Command Public Relations Office, and we hope to do more as the force will not relent in keep Lagos State safe at all cost”. Famous-Cole said    Other awardees alongside Famous-Cole are Senator Godswill Akpabio, ACP Abba Kyari, Aghata Amata amongst other notable Nigerians who have displayed excellence the discharge of their respective duties

‘I want to face my trial in Nigeria’ – Former Petroleum Minister, Diezani