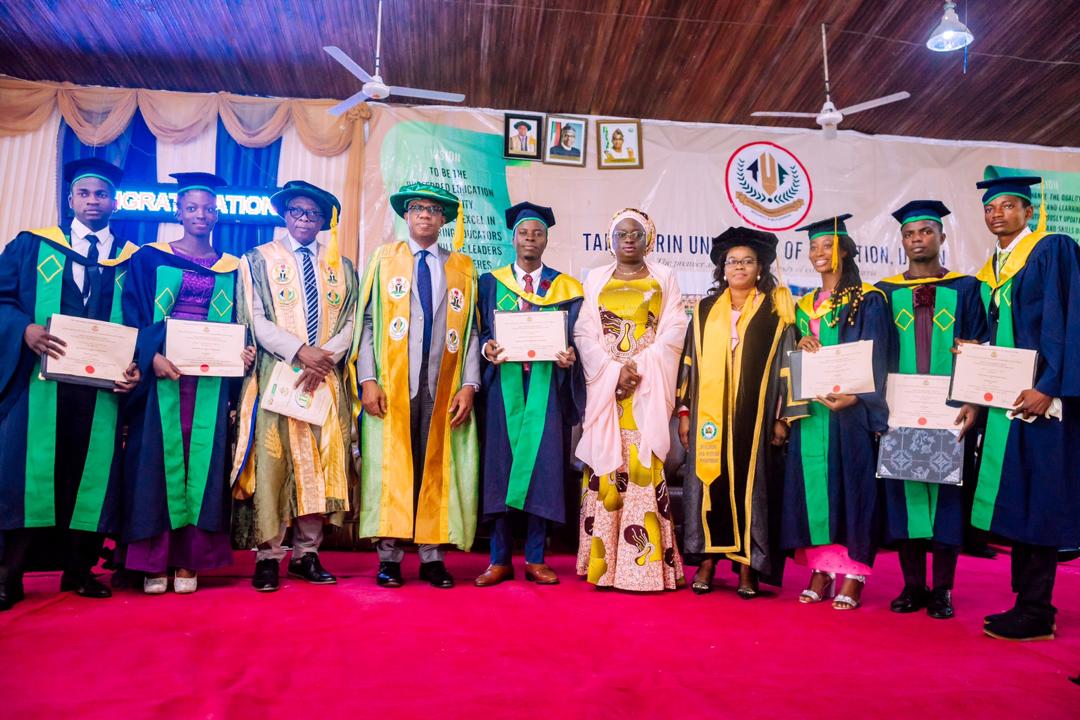 The Ogun State Governor, Prince Dapo Abiodun on Thursday vowed to bring down the full weight of the law on lecturers who take advantage of their students or sexually harass them.

His administration, he said, would not condone any form of sexual immorality or other vices in any of Ogun State-run institutions of higher learning.

Prince Dapo Abiodun, who made this known at the 11th Convocation Ceremony of the Tai Solarin University of Education (TASUED), Ijagun, Ijebu-Ode, said that the much talked about whistleblower going around higher institutions on the sexual harassment issue is a thing of shame that shouldn’t happen in any tertiary institution where discipline is taken seriously.

Abiodun commended the Vice Chancellor of the Institution, Prof.Abayomi Arigbabu for the sensitization and warning publications embarked upon on the pages of national dallies, saying that the zero tolerance of the Institution is a pointer that indiscipline from any staff will not be condoned.

“Government,” he said “notes with pride the sensitization and warning publication by the Vice Chancellor of this great Institution. This Government will not close its eyes to indiscipline and unwholesome attitude on the part of any staff.”

Abiodun also commended the TASUED for maintaining an uninterrupted academic calendar and for being the most peaceful tertiary institution in the country.

The Governor added that in order for school curricula to be relevant to the dynamics of the 21st century, the State Government had begun matching “‘the gown with the town’ to make both mutually beneficial.”

This marriage between town and gown is being operationalised to provide a platform that creates and strengthens regular interface between the industry and the academia so as to ensure that the curricula equips the products of tertiary institutions in the State with the required competence.

He noted that institutions of higher learning should continuously incorporate in their various school curricula, the needs of the people which he said would eventually power the development of the individual and the society.

The Governor made an offer of automatic employment to the overall best graduating student from the College of Vocational and Technical Education (COVTED), Bolatito Matthew Olatunde.

In his convocation address, the Vice Chancellor of the University, Professor Abayomi Arigbabu disclosed that the Institution had embarked on the process of restructuring the academic programmes of the institution so as to revolutionise the teaching profession and to also improve the quality of school services, adding that the Institution has continued to maintain an upright record in the accreditation of its academic programs.

Arigbabu noted that the Institution was graduating a total of three thousand, three hundred and sixty-one (3,361) students, out of which thirty-seven obtained First-Class Honours.

He urged the graduands to combine with their trainings, other vocations and entrepreneurship, as to become self-reliant.